Morocco: Digitalization is enhancing the status of automotive technology

Automotive technology is in vogue at universities in the Kingdom of Morocco. New production facilities are generating increased demand for skilled workers. At the same time, the requirements that have to be met by automotive mechatronics technicians and engineers are growing all the time as a result of increasing vehicle electrification and digitalization. For this reason, more and more of the country’s universities are now beginning to offer courses in automotive technology as well. Sultan Slimane 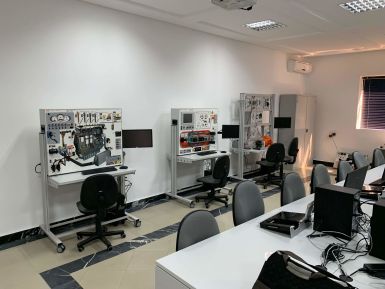 University in Beni-Mellal as well as ENSET in Rabat and ENSA in Kentira are all cooperating with Lucas-Nülle for this purpose. New automotive technology laboratories and training systems now integrate modern automotive technology into the teaching programmes at these universities. The trend is clear: the Kingdom of Morocco is reacting to the profound changes in automotive technology by enhancing the subject’s status within the national education system.

The new bachelor’s degree course in automotive mechatronics offered by the “Ecole Supérieure de Technologie” at “Sultan Moulay Slimane University” in Beni-Mellal is a prime example of this development. Situated in Morocco’s interior, the university built a completely new automotive technology laboratory last year. The new training systems available there cover virtually the full spectrum of vehicle electronics and diagnostics.

As a result, a modern centre for state-of-the-art automotive training has been created in Beni-Mellal, covering not just mechanical and electrical engineering, but also every aspect of modern, digitalized vehicles. At the same time as introducing the new technology from Germany, the university has also modified its in-house educational concept. Practical hands-on training that goes beyond theory now forms an integral part of learning in the laboratory. 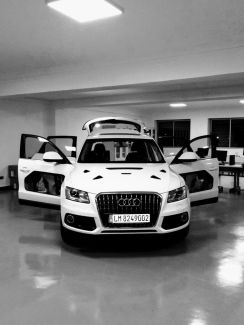 by adding the topic of hybrid and all-electric vehicles. Here too the Moroccans want to continue their cooperation with Lucas-Nülle. The university also plans, for the first time, to develop a master’s degree course in automotive technology based on the foundation that is being put in place just now.

There is no lack of demand for qualified automotive mechatronics technicians and engineers. The planned enhancement of the status of automotive technology within the national educational programme is no coincidence either. The need for skilled workers has increased greatly in the North African kingdom over recent years.

For example, in Kentira, a city on the Atlantic coast to the north of Rabat, Peugeot parent PSA is in the process of building a new production plant. In this north-western region of the country alone, over 1000 new skilled workers will be required in the near future, including hundreds of engineers.

Consequently, the local engineering colleges – ENSA in Kentira and ENSET in nearby Rabat – have recently added automotive technology to the courses they offer. In a way that closely mirrors developments in Beni-Mellal, the colleges’ committees identified the need in the area of automotive electronics and diagnostics. And here too, they have found the right partner in Lucas-Nülle for the development of the new institutes.

Simultaneously the focus is on further training

However, current requirements cannot be met through student training alone. The new institutes thus also have another role to fulfil – ongoing training and development of the existing workforce in the automotive sector. Many of the institutes are in the process of concluding training contracts with the region’s industrial companies. The fact that the systems in the new laboratories are modular in structure fits in well with these new plans. It means that all the systems can also be used individually, regardless of the laboratory’s primary designation.

This allows training to be provided in very specific areas as well. While students use the laboratories over a longer term in accordance with a set programme, employees are able to use them to get practically relevant further training in specific technical areas over a shorter period of time. 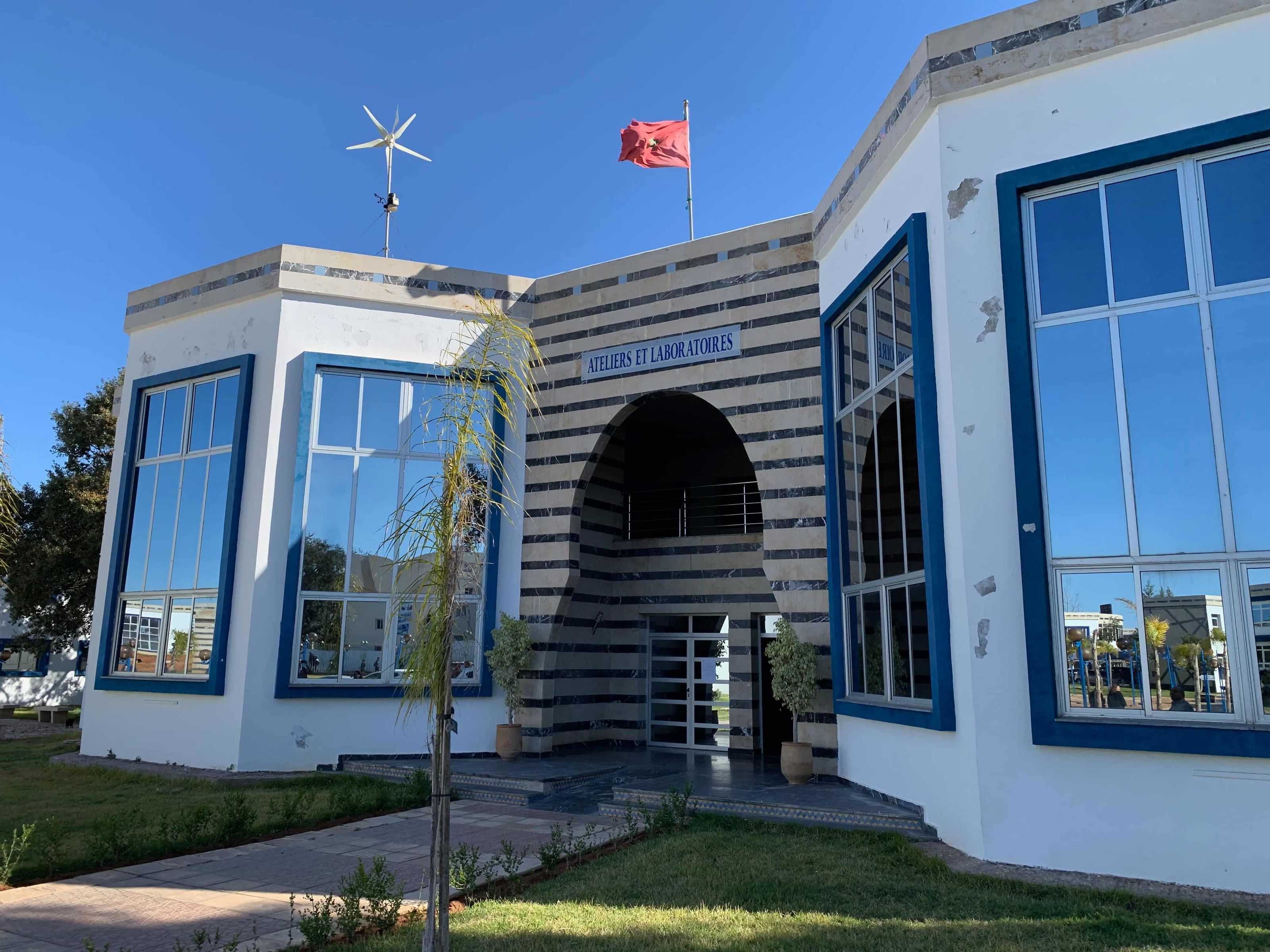 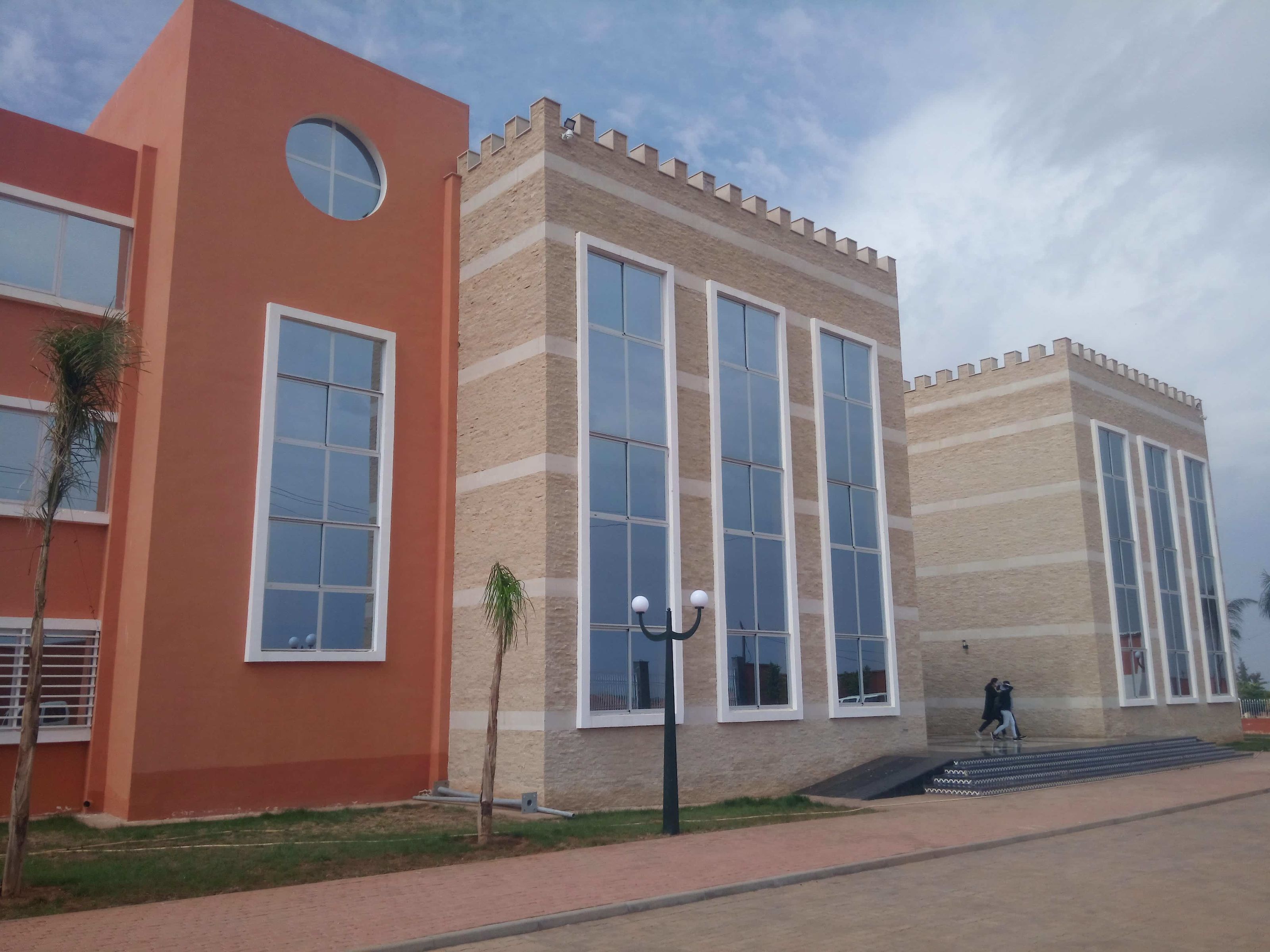